YOU ARE HERE:Home » Health » Can cannabis drugs solve the opioid crisis in the US?
HealthResearch 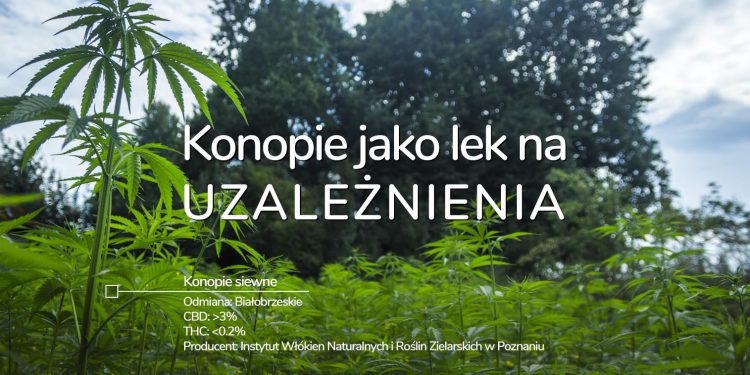 President Donald Trump, despite his many disputed decisions, on October 26, 2017, recognized the epidemic of opioid addiction as a threat to public health. It is a pity that instead of taking the methods of treatment and counteraction, he prefers to use the ineffective policy of repression and punishment of addicts. Statistics published by the National Institute on Drug Abuse (NIDA) indicate that American society is facing a serious problem that needs to be remedied as soon as possible. One of the promising solutions is cannabinoid therapy, which, although still insufficiently studied, may contribute to a significant reduction in the doses of opioids administered, and even completely replace these drugs during therapy.

It is known that in Poland it is difficult to get a prescription for cannabinoid drugs, as well there is not enough insightful research that would bring us the effect of these agents on the human body. Hemp, however, is not a taboo subject everywhere. Universities in the United States are thriving and looking for ways to use the substances contained in these plants in medicine. According to a study conducted in 2017, the use of cannabinoids may contribute to alleviating the perceived side effects of chemotherapy, as well as to help patients with multiple sclerosis, spinal cord problems, AIDS, PTSD or Gilles Tourette’s syndrome. Cannabis can also become an effective alternative to the highly prevalent in the US of addictive opioid drugs, whose overdose annually causes more and more deaths among patients.

Opioid drugs have a number of short and long-term side effects. Shortly after taking them along with the therapeutic effect may appear drowsiness, excessive sedation, as well as annoying constipation or motor disorders. The first symptoms of addiction appear after 3 days of use. Considering the fact that the overdose of opioid drugs is associated with death, it is not difficult to guess that since these drugs had beed used, statistics related to mortality among patients have become increasingly depressing.

The escalation of the problem of the abuse of opioid analgesics in the United States falls in the 1990s and is probably associated with a strong lobby of the pharmaceutical industry, which as a manufacturer encouraged doctors to use business-friendly medicines. In addition, a small number of organizations that were then operating in the field of drug safety and low media interest contributed further to the flare up of the problem. According to a study conducted by the National Center for Health Statistics (NCHS), in 1999-2011 there was an almost fourfold increase in the number of deaths related to the abuse of this group of medicines. Mortality among patients who died in 2016 reached as much as 20,000 human lives a year, or 54 people a day. Adding the number of deaths caused by heroin and other opioids we reach the number of almost 55 thousand deaths each year. In comparison, on the roads of the United States, almost 37 thousand people were killed in the same period , which gives an annual result lower by 1/3.

The conclusions of scientists from the University of California published on June 1, 2017 suggest that surrogate cannabinoid treatment can bring tangible results in reducing the number of people opioid-dependent. The use of cannabinoid drugs as a substitute for opioids can be extremely fruitful, as evidenced by the responses of patients asked in the probe, which was conducted among 2,897 people using cannabis for medical purposes. Among them were almost 800 patients (34% of respondents) who took cannabis as a substitute for opioid medicines.
The results speak for themselves:
– 97% – could reduce the dose of opioids used;
– 92% – considered the side effects of cannabinoid use as less severe than those caused by opioids;
– 80% – stated that treatment with cannabinoids brings better results in relieving pain;
– 93% – would prefer to use an opioid alternative cannabinoid treatment.

The research of scientists from Thomas Jefferson University in Pennsylvania, published in 2013, focuses on the role of the endocannabinoid system in the processes regulating the functioning of the brain. Addiction and withdrawal symptoms of opioids are complex biological processes that appear to be under the influence of cannabinoids. The results of basic and preclinical studies in rodent models point to several potential mechanisms by which cannabinoids can modulate the opioid withdrawal phenomenon, as well as pay attention to the therapeutic role of cannabinoid-opioid interaction in noradrenergic brain circuits. Although the authors of the publication openly talk about the need for further research, they are not afraid to say that learning the interaction process between cannabinoids and the noradrenergic system can contribute to improve health and save the lives of many people.

Considering wery few side effects of cannabinoid drugs, such as dry mouth and dizziness, as well as the lack of documented deaths due to overdose, it can be said that this is a remarkable alternative to death-giving opioid therapy or at least a nice and harmless relief for patients to whom Cannabis is helping to cope with the annoying effects of diseases.

Polish "Child Health Center" and marijuana? They just banned the only doctor, that cured children's with cannabis 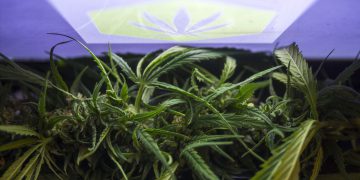 Researchers “taught” yeast how to make THC and CBD