YOU ARE HERE:Home » Industry » How a Canadian cannabis giant “TGOD” cheated on Polish Hemp company by firing its founder
Industry 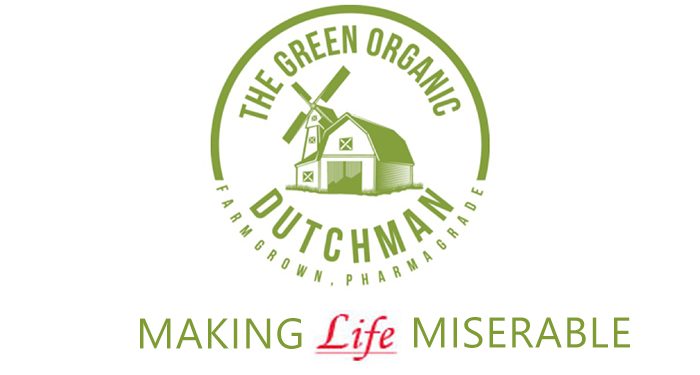 Canadian corporation have fired founder and CEO of HemPoland, Maciej Kowalski. “HemPoland” have been bought in 2018 by Canadian company “The Green Organic Dutchman” (TGOD) and just couple months later they unlawfully broke the contract and fired its CEO. Maciej Kowalski have turned his dream into a company that employed around 100 people and in just 4 years hundredfold it’s worth to millions of dollars while being probably one of the fastest growing companies in Poland in recent years.

“After many years of spreading awareness that hemp is nothing bad, creating new jobs in this sector was enormous joy. When a Canadian partner appeared on the horizon, I felt that this is the boost of energy and money we need, to continue the positive trend. When the first voices appeared that it can bring problems, I calmed them and asked for trust. I have failed. Although not on purpose, I left the entire crew on ice.”

HemPoland was bought by TGOD for $25 million. The contract included a guaranteed employment of Maciej Kowalski as a CEO until 2021. You can imagine, that if the TGOD rejected these conditions, there is a good chance that this transaction would never happen or at least final price would be higher, and this should make you mad.

“We thought that because of that we will put Polish hemp on the world map forever. I have a contractual guarantee of running the company at least until the end of 2021”, “They wouldn’t buy a company just to destroy it?! How wrong I was!”

What is most annoying about this is that a lot of people believed and supported HemPoland and it’s founder. HemPoland started in 2014 as a company that helped farmers with legal advice and assistance with establishing hemp cultivation on their own lands. Back then, it was mandatory for everyone to have a contract before you could grow hemp. Fortunately in 2017 our law was adjusted and most of the annoying obstacles were lifted. HemPoland was the first company in Poland that started producing and growing hemp while stimulating entire hemp market by significantly reducing legal hassle for many farmers. HemPoland removed two main obstacles, that prevented farmers from investing in this business.

Maciej Kowalski, through his numerous outstanding public appearances in TV and huge online presence brought attention of millions of Poles. He discussed the medical aspects of cannabis and pointed out the ignorance of supporters of prohibition with merciless facts. Maciej Kowalski had a measurable impact on overall recognition of medical and industrial cannabis in Polish society and a huge success of his company silenced prohibition enthusiasts.

TGOD is now building probably the biggest hemp factory in Quebec, do they need any competition in EU?

“Today, from what I’ve heard, employees are subjected to personal search, hikes are withdrawn, everyone who “was close to me” could be fired. Trade unions formed in the company immediately. I feel sorry to look at what is happening to my child that was taken from me. I can’t look at my reflection in the mirror, disappointed with myself that I allowed this. Naturally I will claim for compensation damages for breach of contract, but what happened cannot be undone.”

Researchers "taught" yeast how to make THC and CBD