YOU ARE HERE:Home » Health » Research » Researchers “taught” yeast how to make THC and CBD
Research

Researchers “taught” yeast how to make THC and CBD

Research into hundreds of different chemicals in marijuana is difficult because many substances are present in small amounts, making it difficult to extract them from plants. Inexpensive, cleaner sources such as yeast can greatly simplify such research. Researchers hope to facilitate the process of obtaining natural and synthetic cannabinoids, which will allow for more rigorous testing of these molecules and can help in the development of new treatments for various health problems in humans.

Keasling added that there is:

”The possibility of creating new therapies based on rare cannabinoids, which are almost impossible to obtain from plants as well as synthetic ones that we will not find in a plant.”

Growing large quantities of cannabis and extracting cannabinoids from them is quite a demanding process compared to yeast cultures. The work of scientists from California will certainly help gather momentum to science related to the medical use of cannabinoids. If scientists will soon be able to produce different cannabinoids much more easily, not only the most-known ones using ordinary yeast, then we can expect another wave of breakthroughs in this field.

In that case, can we suspect that in a short time restaurants will start serving pizza with cannabinoid yeast?

This is the most recent story. 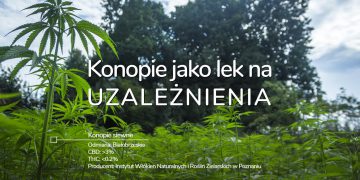